Tourism is what GB needs 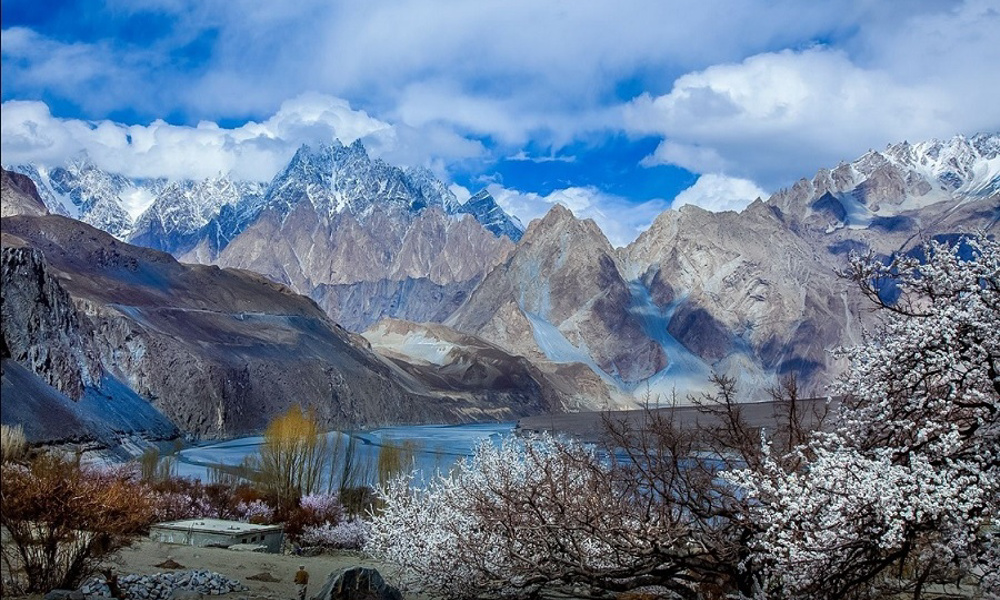 These days when tourists visit Pakistan, families and friends back home worry about their safety, as they mostly read about suicide attacks in the country. But when the tourists visit Gilgit-Baltistan's peaks, rivers, glaciers, mountain passes, trekking routes, still lochs, hidden and untouched valleys home to thousands of years old culture, wild life, unpolluted air and clear waters, their perception of Pakistan undergoes a complete change.

“When I told my wife I was going to Pakistan, she asked me to find a place for suicide in Switzerland. Despite her protests, I came here and was stunned to see Gilgit-Baltistan. The people were hospitable, friendly and atmosphere was calm and peaceful,” remembers a Swiss tourist who visited the country last year.

It shows that in the worst of conditions, Pakistan holds attraction for tourists. But unfortunately the tourist industry is going down, even in places like Gilgit-Baltistan, which fulfill all benchmarks for attracting tourists from around the world.

With provincial status, the Gilgit-Baltistan government has to move quickly to bring the tourism out of morass it is caught in. Several private tourism companies have been forced to close down offices. Hotels are empty and thousands of people related to tourism are jobless in Gilgit-Baltistan for the last many years.

Before 9/11, a large number of tourists visited Gilgit-Baltistan compared to other places of the country, as the World Tourism Organisation had declared Pakistan number two on the list of countries with tourism potential.

In the past despite absence of government backing and negligence of the Ministry of Tourism, 65 per cent out of the total foreign visitors used to visit Baltistan every year for mountaineering, trekking and witnessing nature.

But today the crumbling infrastructure, especially in Baltistan, is leaving little chances of reviving tourism. Shigar-Askoli Road, the only source to get to Baltoro or Concordia, the junction of hundreds of lofty peaks, glaciers, passes and trekking routes, is in extremely bad condition. The condition of road with dangerous turns and supporting wall has in itself become an adventure for the trekkers and climbers who pass through it.

A thriving tourism can become engine of change in Gilgit-Baltistan â€“ the region has everything a tourist can think of â€“ helping its people to come out of years of poverty and backwardness.

Four of the world's 8,000 metre high peaks â€“ K2 (8,611m), the second highest peak in the world, the Broad Peak (8,060m), Gashabrum-I (8,068m) and Gashabrum-II (8,036m) â€“ are in Baltistan. Besides hundreds of other beautiful peaks, including Masha Brum, Laila, K7, and Trango Tower are also here. Gigantic glaciers like Baltoro, Biafo, Hisper, Bilafound and Siachen (the largest in the world outside the polar region) add to the importance of the region. Still lakes, Sadpara, Kachura, Jharba Tso and many others, invites those interested in fishing as they are full of trout fish.

It also has Deosai, world's highest plateau with hundreds of beautiful wild flowers, thousand-year-old palaces and forts like Kharphocho (the mighty fort, built on a hill in the heart of Skardu city), Phong Khar Sghigar (the palace on the stone) and the palace of Raja Khaplu, and mosques and tombs having brilliant Kashmiri, Moghal and Iranian architectural structures. The surrounding rocks embellished with monuments and carvings of 1,200-year-old Bonism and Buddhism religions lure those who are interested in religious tourism.

The Pakistan People's Party-led government has taken the first right step by giving the region back its name, Gilgit-Baltistan, along with provincial status, instead of 'Northern Areas'. But more needs to be done to cash in on the potential the region has for tourism.

The provincial government has to go beyond mere announcements. Chief Minister Syed Mehdi Shah and late governor Dr Shama Khalid announced that they would make Gilgit-Baltistan 'paradise' for tourists. In May this year the chief minister also announced that Skardu airport would be made international within two months. Six months on the promise remains unfulfilled.

Experts want Skardu to have international airport if it wants to be a destination for tourists, but for that heavy investment has to be made. Additionally relations with India have to get better to allow flights between Ladakh and Skardu and also from Kashgar, China, and Kathmandu, Nepal.

Asking Pakistan International Airlines (PIA) to operate regular flights from Islamabad to Skardu and Gilgit for domestic tourists, experts demand permission for other private airlines to bring tourists to Gilgit-Baltistan.

For them, it is high time to open Skardu-Kargil and Khapluâ€“Ladakh roads for attracting tourists from neighbouring Indian regions of Ladakh, Kargil and Nobra through bus service, adding that it would also reunite families living on both sides of the Line of Control (LoC) for the last 63 years.

Experts also want reopening the Siachen region, a favourite tourist and mountaineering destination before 1984 because of beautiful lofty peaks and glaciers and organic valleys.

They also demand that trekking and climbing permits should be available in Gilgit and Skardu. The deputy commissioners of the districts should be authorised to give briefing and de-briefing.

Sajid Hassan
about 1 months ago

Tourism is what GB needs