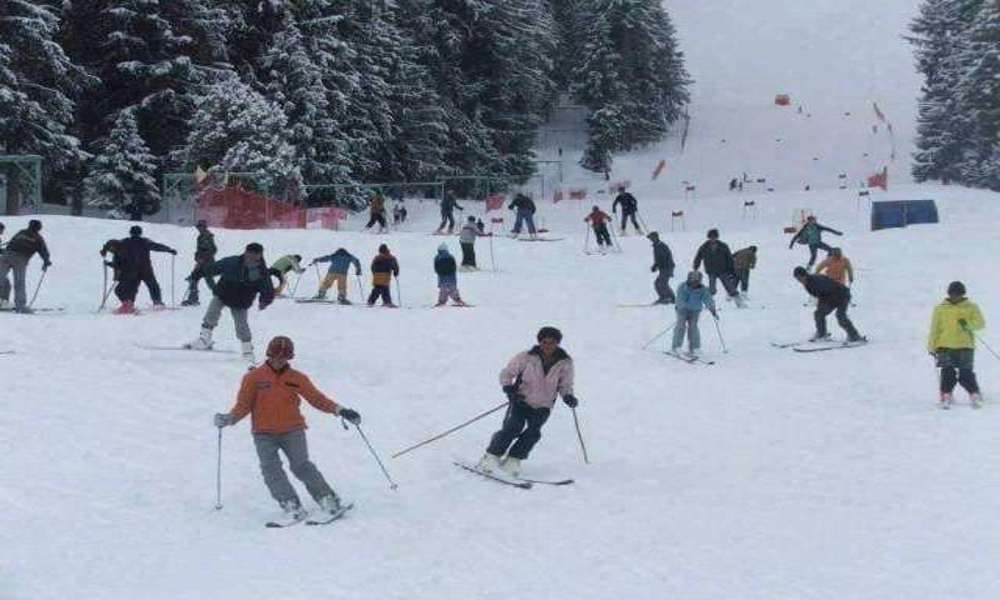 Naltar Valley is situated in the north-west of Gilgit-Baltistan the 5th province of Pakistan (The Doorway of the World) and (The Township of the mountains). It is 40 km (25 mi) from Gilgit city across the nomal valley.

Naltar Valley – The Land of Fairies Naltar Valley is situated in the north-west of Gilgit-Baltistan the 5th province of Pakistan (The Doorway of the World) and (The Township of the mountains). It is 40 km (25 mi) from Gilgit city across the nomal valley and its evolution is about 4,678 m (15,348 ft.).Naltar valley is well known for its beauty and it’s hi lakes. It is the most visiting area for the travelers across silk road, KKH( Karakorum highway) and now CEPC(China Pakistan economic corridor). People said it is the true paradise. That’s why every year more than fifty thousand visitors came to see its beauty and enjoy their summer holidays season. While in the winter season the national skating championship held on the 1st January to end of February every year. Short History Of Naltar Valley It is being said through the ancient history Naltar valley is the very first discovered village and birthplace of Gilgit. The ancient people of Gilgit were hunters and Shepherds They lived in Wild areas they used meat and Butter as only food to survive. As the time reviled the people were developed and migrate toward the cities they learnt everything about the world until the day that they got there identity.  The Naltar valley is famous for many reasons but few reasons I covered are below. 1. Snow capped Mountains Both summer and winter the mountains of Naltar Valley is covered with snow.There are two peaks in Naltar Valley.Maharbani Peak or Palo Peak and the hight of this peak is about 5,639 m. This mountain range connected with Karakoram Rang. Shani Peak is a mountain in the south of Naltar. It lies in the west of Snow Dome and in the northwest of Mehrbani Peak. To its east flows the Shani Glacier towards Naltar Valley and the hight of this peak is about 5,029 m this Peak is also known as Khaltar Peak. 2. The valley when summer is in full bloom Naltar Valley starts blooms at the end of March after a removed covered snow.the main attraction of Naltar Valley has caved Greenery and caved forest which is completely covered by Mountains.and the r flow from North to south at the center of the greenery.It’s also one of the main attraction points 3. Naltar Lakes Naltar Valley is full of surprises. There are three Beautiful lakes in Naltar Valley known as Naltar lakes. Rainbow lake (Fish Lake)Lake at an altitude ranging from 3050–3150 m.Rainbow Lake is located at a distance of 12 kilometers (08 mi) from Upper Naltar (or the Naltar Bala) the road condition is not good from Naltar Bala to rainbow lake.The lakes are surrounded by dense pine forests, during winter it’s almost impossible to reach these lakes with any vehicles due to heavy snow.2nd one is Blue star lake the distance from Rainbow Lake to blue star lake is Approximately 1 Km North of Rainbow Lake.The quality of this lake is that its color is completely blue and the depth is very deep.The 3rd lake is also known as Bodroko Lake mean dusty black lake.Badroko lake is located at distance 0f 15Km from Naltar Bala and it is situated at the top of Kottay. Kottay is a name of a place which is covered with mountains. 4. The beautiful culture and people of Naltar Valley Naltar is a rich culture and unique history. in Naltar there are two villages Naltar Pain and Naltar Bala and two ethnic groups speaking different languages Includes Shina and Gujjri.the current literacy rate of Naltar is 94%, compared with 45% in Pakistan in Naltar primary school enrolment is 100% for boys and 89% for girls. 5. Longest Chairlift in Gilgit Baltistan Naltar Valley is a home of all skiing activity in Pakistan.People can not afford skiing equipment because of its too much expensive. The ski chairlift has been installed in 2016 length 1.5 km its open now for Public too. 6. Peace Naltar valley is a such a peaceful Valley, The people of Naltar are friendly, loving and caring and the people of Naltar warmly welcome to a visitor.Because of Beauty Government of Gilgit Baltistan and Army are also engage issues of Naltar. 7. Climate The climate in Naltar Valley is moderate during summers. The temperature in July-August reaches a maximum of 22 °C . If you are looking for a much temperate summer climate during your holidays, spend more time in Naltar Bala or lakes area because it remains much cooler even in summers. 8. Naltar Hydropower Projects Recently Government has constructed an 18 MW hydropower plant, Naltar Hydropower Plant-IV (operational since October 2007), near Naltar Pine, in addition to two smaller hydel power generating plants (Naltar I, II of 2.28 MW combined) already there, to fulfill the power requirement of the area as well as Gilgit. Naltar-III and Naltar-V Hydropower Projects of 16 MW and 14MW generation capacity respectively are under construction. 9. Wild Life If you want to see some of the very rare wild animals, you can find them in the Naltar Valley. The Lovely  Park is famous for harboring markhor and snow leopard are exist in Naltar Lovely Park.Park is situated beside ski slope under wildlife department. 10. International Ski slope The resort is located, 40 kilometers northwest of Gilgit. It also serves as the main facility for the Ski Federation of Pakistan. It also hosted the 2016 Karakoram Alpine Ski Cup. Naltar is the oldest ski resort in Pakistan, however, is relatively less known and less developed than Malam Jabba ski resort. The major obstacle to Naltar’s development has been the dilapidated condition of the road leading from Gilgit to Naltar.