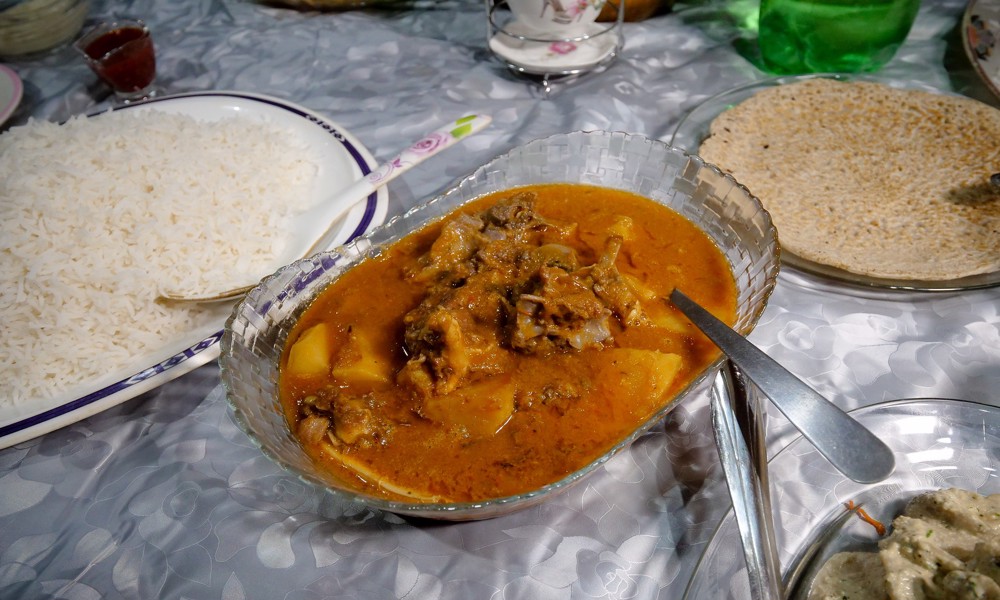 Potato Stew (w/Goat Meat) Considered to be one of the most inaccessible and remote areas in the entire world, Gilgit-Baltistan has only recently had road access even to its own country and capital (roads built in 1978).

This has allowed many traditional practices to continue until today, food as well as culture, and a stew like this is one is eaten regularly now, but not a traditional Balti dish.

This is a curry in that the ingredients are fried to make a heavily spiced sauce before adding water, but then it is served as a very thick stew. It is full of large chunks of goat meat, potatoes, and a seasoning blend much more spicy than what we saw in more traditional food of Baltistan.

In the curry you can taste the masala spices including cumin, black pepper, turmeric powder, and dried ginger, yet the spices are often milder than in other parts of Pakistan, like in Punjab.