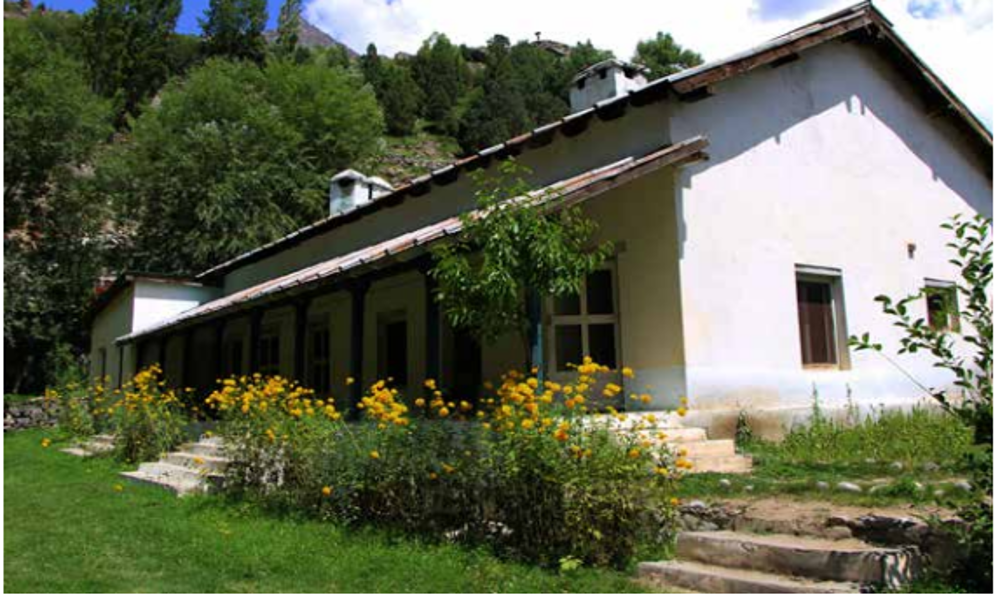 The building is a manifestation of the colonial architectural aesthetic, and is a peaceful and well-furnished facility for tourists in Astore.

Significance: The building is a manifestation of the colonial architectural aesthetic, and is a peaceful and well-furnished facility for tourists in Astore.

Located on the main Astore Road in Gudai village, PWD (Public Works Department, Government of Pakistan) Rest House was constructed during the colonial era. The building consists of three bedrooms and a dining hall (added later to the main structure by PWD). Originally, the bedrooms were built with mud and stone, while bricks were used to construct the dining hall, which was also given a wooden ceiling. The rectangular verandah has nine wooden pillars. Fireplaces were built in all three bedrooms.

The most notable part of the rest house is the long verandah, consisting of twenty five wooden beams supported by nine wooden pillars.

This historic building is well-kept and surrounded by exceptional natural beauty.